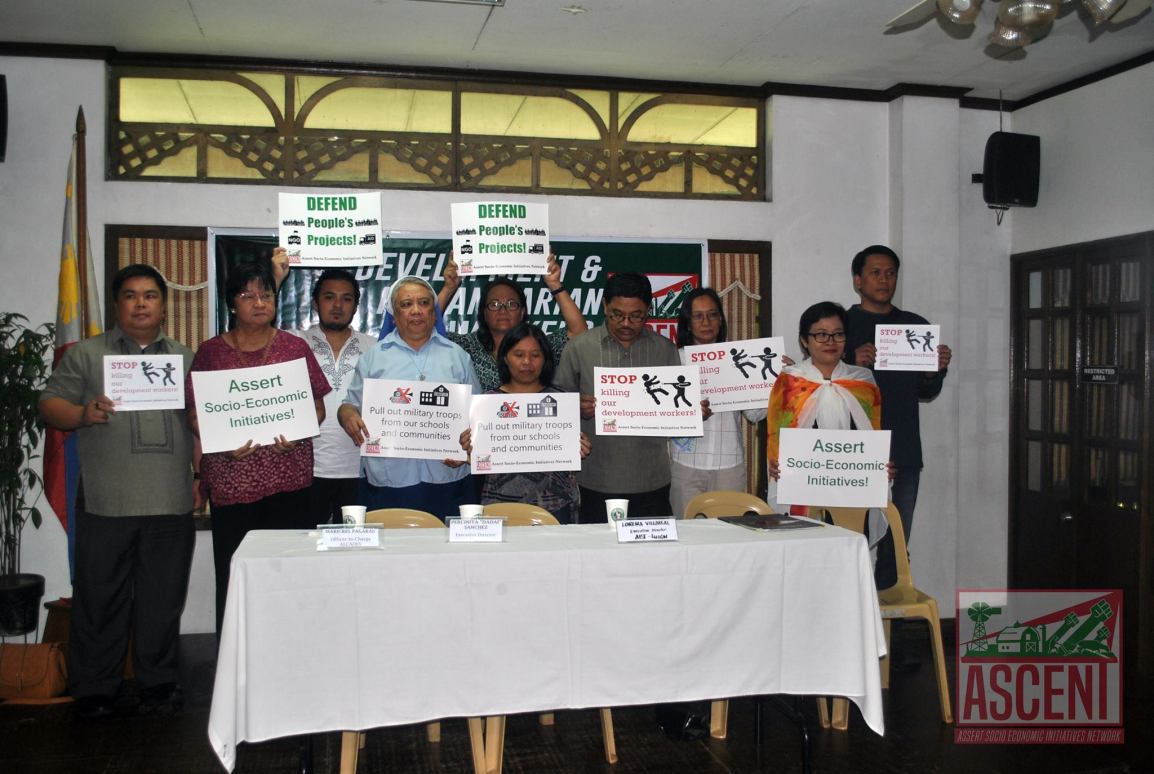 As Rodrigo Duterte addresses the country for the first time after his inaugural speech, humanitarian and development workers under attack demand no less than the pullout of military operations from communities we serve.

Military operations have long threatened development projects that we are implementing in communities that have been denied due government services. State security forces have sowed terror and horror in communities we serve, which has led to forcible evacuations of indigenous peoples, displacements of poor peasant families, and deprivation of developmental projects that could have otherwise help them uplift their living conditions.

State security forces have also harassed our humanitarian and development workers, red-tagged them, and worse, killed them mercilessly in the name of counterinsurgency.

As President Duterte promises anew “changes,” which previous regimes have also promised in vain, we, the network of humanitarian and development workers under attack, remember the likes of Dutch environmentalist Willem Geertman, Alcadev executive director Emerito Samarca, disaster response NGO staff member Engr. Fidela Salvador, and a respected elder in the Cordillera Markus Bangit, whose murderers have yet to be identified and brought before court.

We hope that the perpetrators and masterminds be held accountable. We pray that no humanitarian and development worker would suffer the same unfortunate fate in their strong clamor to help those in need.

Every day that our partner communities are kept from returning to their homes due to military operations, and every day that justice is denied to our colleagues killed in the name of national security is a day far too long and tormenting.

President Duterte, who refers to his position as a “president of all” must ensure that the change he has promised is the one that provides for a just, meaningful, and genuine development.###