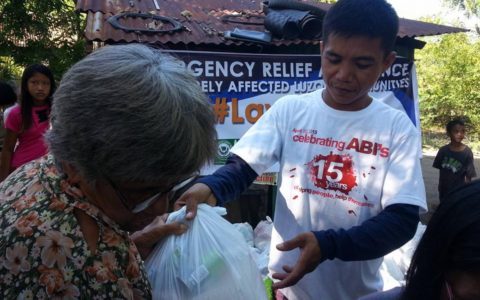 The Assert Socio-Economic Initiatives Network in the Philippines (ASCENT) vehemently condemns the continued harassment of humanitarian aid workers by the Philippine Army. It has been consistent in its attacks on the Alay Bayan-Luson, Inc. (ABI), a disaster response organization based in Central Luzon in the Philippines.

The most recent incidents of harassment by the Philippine military include interrogation of members of community disaster response organizations set up by ABI in Nueva Vizcaya as well as gathering by military personnel of information regarding ABI in the Department of Social Work and Development (DSWD) office in Aurora province.

A certain Lt. Cruz of the 7th Infantry Division of the Philippine Army even had the gall to call the office of ABI on November 4 to ask for information regarding the organization. ABI’s workers are now feeling the pressure of these actions, and have suspended several missions to distribute relief goods to Lawin-affected communities for fear of a repeat of the Wilhelm Geertman incident in 2012.

We challenge the government to rein in its military personnel in its overzealous attempts to intimidate and sow fear among development organizations such as ABI. Humanitarian aid workers have provided much-needed relief and rehabilitation services to far- flung areas in Central Luzon.

We call on the Armed Forces of the Philippines (AFP) to immediately cease its Oplan Bayanihan, which has claimed the lives of many individuals, including development workers, working for change in Philippine society. ###