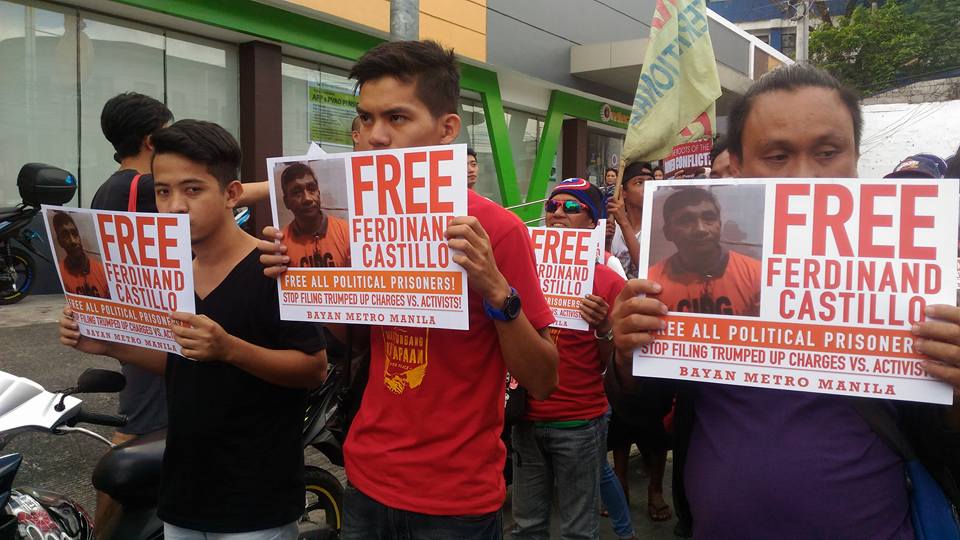 The list of violations of the right to development just keeps getting longer under the Duterte administration.

On 9 February, Sarah Abellon-Alikes was illegally arrested and detained by elements of the Armed Forces of the Philippines (AFP) in Baguio City. Abellon-Alikes is a board member of the Kattinulong Dagiti Umili ti Amianan (KADUAMI), a non-government organization that provides development services to marginalized communities in Northern Luzon. Abellon-Alikes is also an indigenous rights activist and a founder of the Cordillera People’s Alliance (CPA).

More than 100 families from the indigenous Kaulo and Blaan tribes in Mindanao were forced to evacuate from their homes in Datal Anggas, Alabel, Saranggani province on 11 February when their community was bombed by aircraft from the AFP. Indigenous schools operated by the Center for Lumad Advocacy and Services (CLANS) were forced to suspend classes and the education of more than 30 indigenous Kaulo children were put on the line by military operations.

On 12 February, more than 30 health and development workers engaged in a fact-finding mission to determine the cause of an outbreak of diarrhea in the town of Talaingod, Davao del Norte province were threatened by members of the notorious paramilitary group Alamara. Motorcycles that were supposed to pick up the mission delegates were told by the Alamara that the drivers would be caught in the middle of a shootout should they push through with picking up the delegates. Mission members were stranded in the Talaingod highlands due to this threat.

On the same day, Ferdinand Castillo was illegally detained by elements of the Criminal Investigation and Detection Group (CIDG), Intelligence Services Group-Philippine Army (ISG-PA) and Intelligence Service of the Armed Forces of the Philippines (ISAFP). He was allegedly held incommunicado for more than four hours. Castillo is the campaign officer of the Bagong Alyansang Makabayan-National Capital Region (BAYAN-NCR), an organization actively advocating against development aggression and neoliberal economic policies that adversely affect the economy of the Philippines and threaten the sustainable development of the Filipino people.

Indigenous rights activist Robert Sudan, a member of the Kahugpongan sa mga Lumad sa Halayong Habagatang Mindanao (KALUHHAMIN) was illegally detained by State security forces in Lake Sebu, North Cotabato province on 15 February. That same day, environmental lawyer Mia Masacariñas-Green was shot and killed by unidentified motorcycle-riding assailants in front of her children while land rights activist Edwin Catog was gunned down on 16 February in Pantukan, Compostela Valley by another pair of motorcycle-riding assailants believed to be members of the AFP. Catog was rushed to the hospital, where he later died.

All these happened in a span of only eight days.

We urge the Duterte administration to rethink this militaristic solution of ending the lives of development workers and activists as well as endangering the right to development of the Filipino people. Development workers and activists should be seen as partners for change and the services they provide are beneficial to the millions of Filipinos living in far-flung communities which government services do not reach.

We call on President Rodrigo Duterte to prove us wrong when we development workers say that our lives are in grave danger now that he has chosen to take the bloody path of war against the CPP-NPA-NDFP instead of continuing to extend the hand of peace.