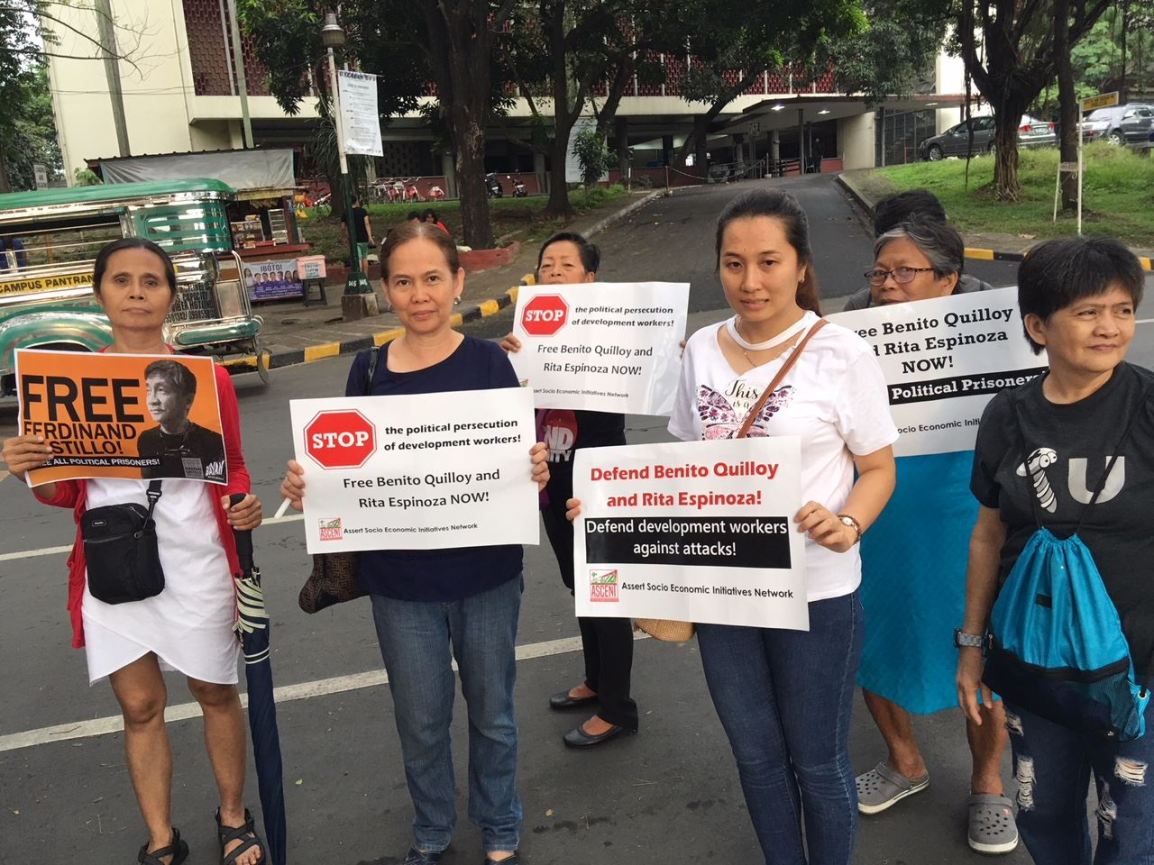 ASCENT participated in the “Protesta de Mayo Laban sa Tiraniya” held on May 26, 2018 at the University of the Philippines (UP) – Diliman. Sponsored by Karapatan (Alliance for the Advancement of People’s Rights), featuring a different kind of Flores de Mayo, the traditional festivity held every end of May in most Philippine parishes.

ASCENT staff members and supporters carried placards calling for the release of its Convenor and Senior Consultant, Benito Quilloy, and Project Staff, Rita Espinoza. They also marched around the grandstand in the Sunken Garden of UP Diliman along with the sagalas flanked by teenagers and children.

Issues that were tackled through the sagalas in decorated arches included the defense of press freedom, the Duterte government’s drug war victims, human rights violations against activists, peace advocates and development workers, Martial law in Mindanao and the injustice against political prisoners.

Miranda Dacillo, Karapatan’s volunteer wore a gown designed by Rey Asis and Jani Llave. She symbolized the extrajudicial killings of journalists and varied ways of curtailment of the freedom of expression. Deborah Escudero wore a Filipiniana dress with red paint and bullet holes to signify the drug war victims including her brother Ephraim. Maria Teresa Romano paraded a gown with a hand painted drawing of Gabriela Silang. Meanwhile, Gleeza Joy Belandres’ gown had a traditional Manobo blouse and long skirt with an artwork showing the indigenous peoples’ fight for their ancestral domain and right to self-determination. Daughter of political detainee and peace consultant Rafael Baylosis and partner of Marklen Maojo Maga, Eleanor de Guzman, symbolized the injustice suffered by political prisoners who were illegally arrested and detained amidst dismal jail conditions.

This procession was likewise organized by women human rights activists for the #BabaeAko #LalabanAko campaign in protest of President Rodrigo Duterte’s sexism and misogyny. #